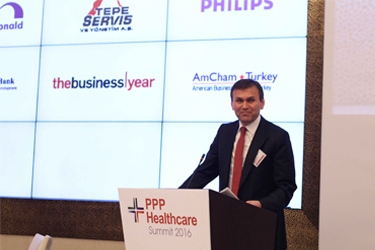 3rd PPP Public-Private Partnership Health Summit was held at Shangri-La Bosphorus Hotel on 24-25 October 2017 by PPP Experts with the support of İSPAT, MUSIAD, DEİK and İTO and Elmadağ Law Firm; the main subject of this year was financing and operating state of the city hospitals. More than 200 foreign participants from 23 countries participated in the event as well as many experts from the Ministry of Health of Canada, England, India, Nigeria, United Arab Emirates and Jamaica and speciliasts from public and private sector, as speakers and listeners. The summit was a very important platform where all participants, both local and foreign, shared their ideas and experiences.

There is a negative propoganda going on about the projects of the city hospitals made by PPP (Public-Private Partnership)  model is not believed to be working in Turkey. The main reason for this ; this model is still not fully understood. For this reason, long-term PPP investments should be observed during ongoing projects and should be made more understandable with the outcomes of such studies.

On the other hand, Turkey is one of the greatest players in the world in PPP investments. Up to now, 3 billion dollars have been invested in city hospitals and it is estimated that the size of the investment will be 4.9 billion dollars in the next bidding process.